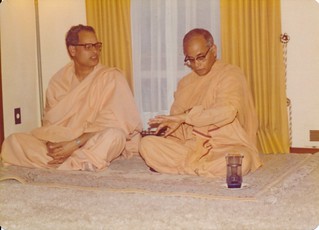 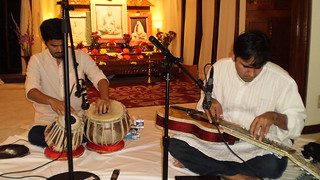 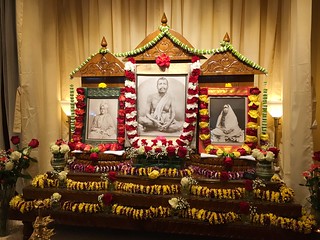 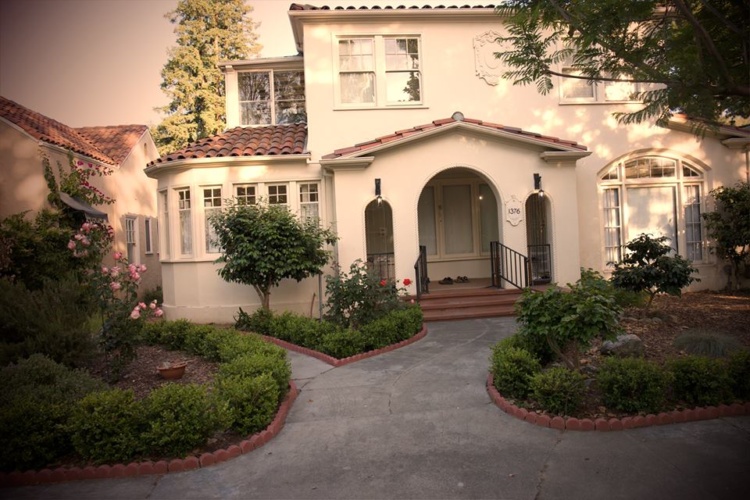 Swami Vivekananda’s visit to California in 1900 was the spark that triggered the inception of several Vedanta Societies in the Bay Area. His visit inspired the Western devotees and enthusiasts to help establish multiple Vedanta centers in Northern and Southern California. Swamiji also envisioned setting up a Vedanta Society in South Bay centering the San Jose area. In his letter to Alice Mead Hansbrough (Shanti) dated July 3, 1900, he wrote, “The best thing would be to help Swami Turiyananda to start a center for quiet rest and meditation in the land near San Jose.” Accordingly, in August 1900, Swami Turiyananda, a brother disciple of Swamiji, and one of the disciples of Sri Ramakrishna, set up the retreat center ‘Shanti Ashrama’, at the homestead of Ms. Minnie Boock (Saravamsaha) near Mount Hamilton and the Lick Observatory. On his way to the retreat site Swami Turiyananda stayed at the Rita Hotel in San Jose with some followers and from there he started climbing Mount Hamilton.

Swami Abhedananda, another brother disciple of Swami Vivekananda and a disciple of Sri Ramakrishna, also visited San Jose in 1901 during his travel in California for extensive lecturing and spreading the invigorating philosophy of Vedanta. He stayed at Hotel Vendome (located at 601 N. 1st St. San Jose) and spoke to congregations in San Jose and surrounding areas during his visit. In an interview to the San Jose Herald on August 15, 1901, Swami Abhedananda said that he had recently returned from his visit to Shanti Ashrama and will be heading shortly to Los Angeles after visiting Mariposa Grove and Yosemite National Park.

Swami Vivekananda visualized a center near San Jose, Swami Turiyananda started his journey to ‘Shanti Ashrama’ from San Jose, and Swami Abhedananda also stayed and lectured in San Jose. So, how could the Vedanta movement not find a strong foundation in San Jose?

After becoming the Swami-in-Charge of the independent Vedanta Society Berkeley in 1970, Swami Swahananda (disciple of Swami Vijnanananda, a disciple of Sri Ramakrishna and a brother monk of Swami Vivekananda) started disseminating the message of Vedanta in South Bay according to Swami Vivekananda’s wish. The South Bay devotees of Saratoga and Los Gatos also started organizing occasional lecture sessions and spiritual talks by Swami Swahananda at their homes. The thought of having a center at San Jose got additional impetus in 1971. In March 1975, a house was secured near the downtown area by Vedanta Society Berkeley at 1376 Mariposa Avenue, San Jose, for about $59,000. Serendipitously, an almost similar amount was received from Late Miss Anita Kietzman’s pension, and some other sources, in which she named Vedanta Society as the beneficiary. A two-story single family 2,344 square foot house, built in 1920, sitting on a 5,344 square foot lot, in the historic Hanchett Park neighborhood of San Jose was purchased for the extension of the activities of Vedanta Society Berkeley. Hanchett Park was designed by John McLaren (1846-1943) who also designed the San Francisco Golden Gate Park. The Hanchett Park area boasts of beautiful Queen Anne, Craftsman, and Spanish Colonial style revival homes. Mr. Allison and Mr. Lindow took the possession of the house on March 23, 1975 and placed a photograph of Sri Ramakrishna in the house. A formal shrine was subsequently installed at the parlor of the newly purchased house on Sunday, April 20, 1975 (Ramnavami day), and Swami Swahananda gave the first talk there. The formal inauguration of the center took place on May 25, 1975, in the presence of Swami Sraddhananda, Swami Prabuddhananda and Swami Swahananda, along with 75 devotees and monastics from San Francisco, Sacramento, Berkeley and San Jose.

On Jan 14, 2017, (Holy Makara Sankranti day) a new altar was consecrated in the shrine with special worship and fire sacrifice. Seven Swamis graced this occasion from six different Vedanta Centers – Swami Aparananda, Swami Prapannananda, Swami Vedananda, Swami Tattwamayananda, Swami Asotoshananda, Swami Brahmatmananda and Swami Prasannatmananda. Around one hundred and fifty devotees and spiritual seekers attended the day-long event. People of different faiths and nationalities were present making it a secular, multi-cultural dedication in line with the timeless, inclusive teachings of Sri Ramakrishna. Swami Prasannatmananda presented a brief history of the San Jose center dating back to 1975 and highlighted the contribution of several senior monks as well as the devotees in establishing this unique center in the heart of Silicon Valley.

At present Swami Prasannatmananda holds services on Sundays and Wednesdays. There is regular vesper service (Arati) every Sunday, weekly meditation classes every Wednesday, lectures and talks on Vedanta, and Rama Nama Sankirtanam sung on the first Sunday of every month. Devotional singing, celebrations of Holy Trio’s birth anniversaries, Durga Puja worship, Special observances of Ramanavami, Thanksgiving retreat, and Meditation camps are also held. Various visiting Swamis from other local and international centers deliver inspiring discourses at the San Jose center. The San Jose center organizes periodic local retreats and tours to places of spiritual significance where Swami Vivekananda had spent time in the Bay Area too. Several volunteers from around Silicon Valley worked tirelessly together under the guidance of Swami Prasannatmananda, in the true spirit of Karma Yoga, to make the San Jose center a special inspirational force of the Vedanta Society.