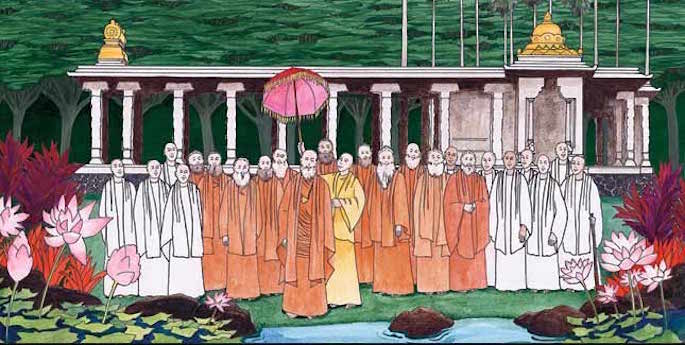 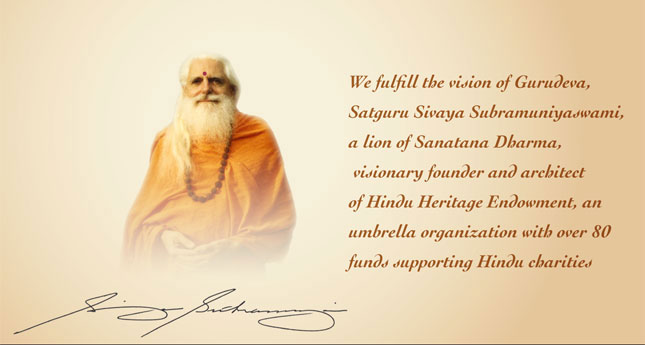 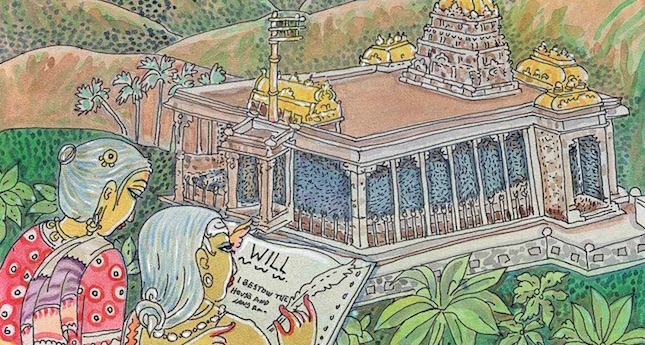 Founder’s Message
Since 1994, Hindu Heritage Endowment has worked to help people and strengthen Hindu communities around the globe.

Fulfilling a Legacy
Hindu thought and culture thread through almost every civilization on the planet, weaving a subtle tapestry of lofty philosophy and earthy, pragmatic wisdom. Whose life has not been touched? Some have been raised in India and enjoy memories of warm extended families and cool temples resounding with ancient mantras. Others find peace of mind in Hindu yoga practices. Many find solace in the concepts of karma, dharma and reincarnation, which express their own inner findings and beliefs.

Our Work
If you are one who has been touched by Hindu thought and culture, you may wish to further enrich your life by giving back to Sanatana Dharma in countries around the globe and helping preserve its rich heritage for future generations. Hindu Heritage Endowment (HHE) provides such an opportunity. A public charitable trust recognized by the United States government, HHE was created to maintain permanent endowments for Hindu projects and institutions worldwide. Its endowments benefit orphanages, children’s schools, ashrams and temples. They support priests and publish books; and they are designed to continue giving that financial support year after year, decade after decade, century after century.

The staff at HHE is one-pointed in their dedication to seeing that qualified donations will be used effectively for the purposes intended. Each beneficiary must give a detailed yearly report on its income from HHE and a schedule of how the next year’s funds will be spent before funds are issued. We take it as a sadhana to see that your gifts meet their purpose.

Please place Hindu Heritage Endowment in your will, your year-end giving and/or your monthly budget. Whether you are inspired to give a few dollars to support orphanages or bequest millions in your will, write, give us a call or look us up on the Internet. Find out how to enrich your life by helping to preserve the treasures of a profound heritage for generations now living or as yet unborn.